After many years together of successfully operating CR Systems, Inc. in the commercial roofing sector, owners Rayne Knight and Raul Arellano saw a need to serve the residents of the Brazos Valley area and launched Aggieland Roofing.

Their years of commercial roofing experience made the expansion into residential roofing an easy one. Aggieland Roofing has been installing shingles, metal and tile in and around the Brazos Valley for many years and wanted to make it easier for people to find a reliable, reputable roofing company and have been in the Brazos Valley for 21 years providing high quality and trusted roofing solutions and services to their clients and friends.

Leave us a Review! 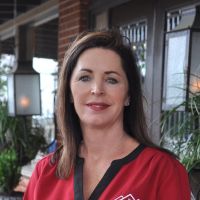 Rayne Knight-Zingelmann was the founder and President of CR Systems, Inc., a commercial roofing company providing energy efficient roofing solutions for the greater Central Texas area. Rayne holds a BA in Animal Science from Texas A&M University, class of ‘90. She went to A&M on a Home Builders Scholarship and it did not take her long after college to return to her construction background. She founded CR Systems in 1996 and has served the roofing industry since. Her husband is also a former student class of ‘86 with a BA in Finance. 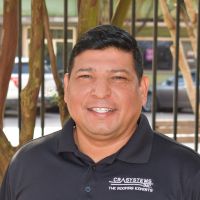 Raul Arellano, co-founder, has been involved in the roofing industry since 1997. Raul grew up in South Texas and has traveled the United States managing roofing crews. Raul started in the field and quickly was promoted because of his leadership of people and his ability to get a roof in on time and on budget. In his “off time”, which is rare, Raul can be found on a soccer field, or with his twin boys and his wife Jessica. The boys attend College Station High School where Jessica is a Spanish teacher.

Speak with a roofing specialist today!

Call Us!
Get A Free Estimate!

Your premier residential and commercial roofing serving Bryan/College Station and the surrounding Brazos Valley area.  Aggieland Roofing is Aggie-owned and operated since 1995.

Leave us a Review!